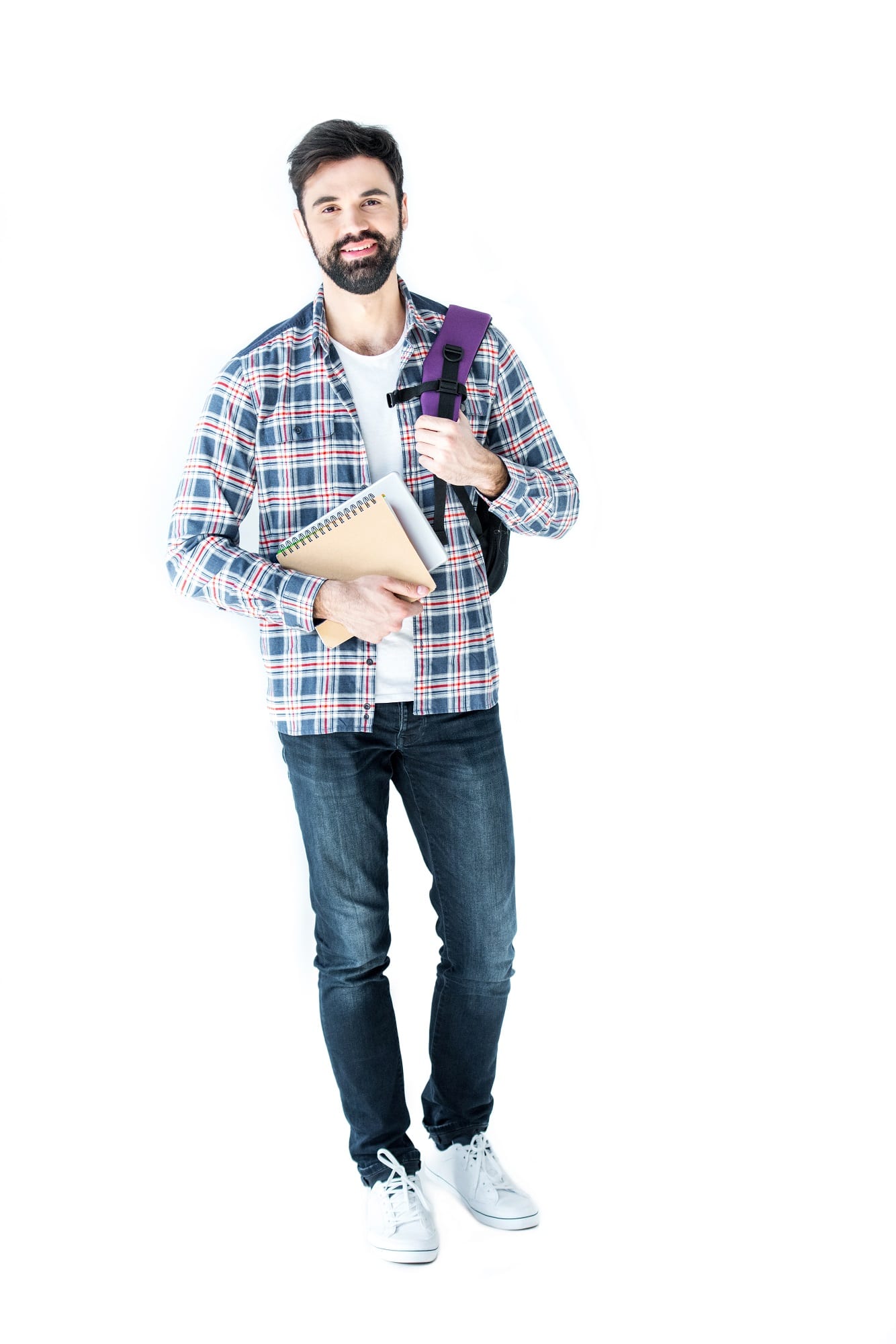 The International Relations Visa (subclass 403) is a Temporary Visa that allows a person to come to Australia for a short period of time under one of five streams.  This may include:

To obtain the International Relations Visa (subclass 403) you must satisfy the criteria of one of five eligibility streams:

Government Agreement stream: to come to Australia under the terms and conditions of a bilateral agreement between the Australian Government or an Australian state or territory government and the government of another country

Domestic Worker (Diplomatic or Consular) stream: to do domestic work in the household of someone who holds a Diplomatic (Temporary) visa (subclass 995)

Application fees start from $285, with additional fees for any dependant family you place on your application.

Is this visa right for me?

International Relations visa (subclass 403) is a temporary visa. This is not suitable for persons wishing to settle in Australia permanently. This visa is suitable for seasonal labourers, representatives of a foreign government or foreign language teacher, those in bilateral agreement with the Australian government, state or territory, are a domestic worker for a diplomat, or are a person with privileges or immunities (see Privileges and Immunities stream).

Call us on +61 7 3216 0052 or send us an enquiry for visa application assistance and helpful information tailored to your needs. We’re here to help!

See some of the tourist visitor options AIS can assist you with.

END_OF_DOCUMENT_TOKEN_TO_BE_REPLACED

Barinder Singh
13:01 10 Jan 20
I recommend AIS Immigration for visa services. I used their services for visitor and partner visas. And the guidance provided by Ms Athina and Ms Sonia was marvelous. The whole process organised by AIS was in a sequential manner and truly speaking, it saved me from the actual tedious process. I would have given them more stars if possible. Cheers.read more

Adam Stewart
05:39 10 Jan 20
For those of you who don't know, applying for a visa is a daunting experience, especially when everything in your life has to keep going, Sonia put us at ease straight away and gave us a real sense of confidence that we would get through this with as little pain as possible, she helped us through every stage and made sure we understood how everything worked. The entire team is fantastic and a great bunch, If you need to go through this process I highly recommend contacting Sonia and the AIS immigration solutions team.read more

Jaideep Singh
23:43 09 Jan 20
Thanks to tamlyn and AIS team. I finally got approved for my PR. I find the team very professional and supportive . They never give you wrong advise and help you till you get your visa. I would highly recommend them.Thanks AIS immigration solutionsread more

Ethan Gan
05:56 11 Dec 19
Great service and response from Tamelyn and Fion. Successfully obtained my 189 visa without a hassle. Professionally conducted. Highly recommend if you would like a hassle free application.read more

Sandeep Quar Mann
11:38 03 Dec 19
It was such an amazing experience with AIs team. Staff is very professional and friendly to offer their wonderful services. I highly recommend to my friends and other people to visit AIS team to Secure your future by getting valuable service and feedback.Special thanks to Tamelyn and Fion 😊😊😊👍🏾read more

Kalpesh Patel
01:48 20 Nov 19
I am really happy with their service and friendly staff. I got my 489 visa within short-term period and guided me in all possible way.Thanks to AIS Immigration team and Tamelyn sheen.read more

owtinoz .
09:07 19 Nov 19
The team at AIS Migration helped us during the course of 4 years and 4 separate visas (including my partner's and my PR), all of which were approved with little to no hassle. Extremely professional team that was always on top of our case always keeping us updated of the situation and any information that the department of immigration might require from us.They were approachable, would always reply to our emails withing a couple of hours and were happy to have us at their office whenever we needed to discuss anything which is a rarity among migration agents.you can tell they are truly interested in you and your future and not just on getting paidread more

shuja anne rai
06:19 12 Nov 19
AIS, representatives are the best, they knows what they are doing, they knows how to handle each individual case. AIS gives best possible guidance with successful outcomes .. I am glad that I applied my visa through them ... Thank you for your service AIS..read more

Romulo Lessa
05:45 04 Nov 19
Sonia, Athina and the team at AIS are nothing short of amazing. I would recommend them to anyone who is looking for professional services and a non-nonsense approach to immigration. I was fortunate enough to use them for my permanent residency and am now applying to my Citizenship.read more

Kulwant Kaur
04:30 31 Oct 19
Athina, kamela & their team is great.I have been face many up and downs . But they supported me. Now I got my permanent residency. Thanks very much all team for great workread more

shihaimpult .
15:19 28 Oct 19
First of all, I really appreciate that AIS helps me and my partner got the PR visa, there is no word that can describe how much we try to thank their assistance. Not only the profession, patient and enthusiasm they provided to us, also the suggestions they gave us always carefully to reduce the possible risks and to go the way for success. Lastly, I would really want to say thank you Athina, Kamela and all members in AIS. Thank you so much.read more

Anay Gharat
06:26 24 Oct 19
A big "Thank You” to the team AIS Immigration for all their efforts and dedication towards our visa application. Special thanks to Tamelyn and Fion who were always there when needed and for their professional guidance and advice throughout the entire visa process. We were so excited to receive the news of being permanent resident of Australia. Really appreciate your patience with us throughout this long process. Also, thank you for always being kind and supportive in those tough situations. We highly recommend AIS Immigration for Australia visa applications.read more

Lara Barreto de Mattos
21:16 18 Oct 19
Athina and her team are absolutely THE BEST. We had amazing support from applying to our work visas to getting our Permanent Residency. I highly recommend them!!read more

Dilesha Seneviratne
01:41 30 Sep 19
Great Professional Service! Tamelyn and her team are efficient and wonderful. They are always responsive to emails and provide all the necessary information to make the process smooth.read more

KANWER DEEP
21:02 20 Aug 19
Highly recommended.....Their service is really good. They won’t ruin your future by making silly mistakes and ignoring any information and other stuff which can make a big difference for your application. Must go through AIS migration for you visa applications. Thanks for the help AIS team...read more

Patel Shailesh
12:54 18 Aug 19
This is the perfect place to be there!! Thanks lot Athina ma'am and her whole team who took me to the right way and reached me to the permanent residency of Australia. Keep up the good work😊read more

Kumar Prince
13:48 14 Aug 19
You are Amazing & doing wonderful and super professional work. I am surprised that you were so fast in documentation and my PR process. Finally, you guys helped me to make my dreams come true and I got my PR yesterday. Thanks a lot to the whole team of AIS immigration solutions and special thanks to Tamelyn Sheen & Fion Hung, who work super hard. There are just five stars rating but i would give you guys 10 ⭐️⭐️⭐️⭐️⭐️⭐️⭐️⭐️⭐️⭐️ . 👍🏻 would recommend to everybody in any immigration solution. This is the right place to come for very reasonable fee and very deep knowledge. Many many thanks once again.read more

Qilan Zhu
01:58 08 Aug 19
Thanks so much for the entire team, they are so professional and efficient! Quick and clear communication, Depth of professional Knowledge, and the dedication for each case. We really appreciate the perfect job for my case. Highly recommended for everyone requires professional solutions.read more

nisha manandhar
09:03 09 Jun 19
Very professional, enthusiastic, friendly and patient team. We met Athena once and she was warm, funny and had great personality. Kamela was always reassuring and positive. Their effort made a great positive effect in our application process. Athena personally calls and gives you the good news. We really appreciate the team and forever will have fondness for Athena and her amazing team.read more
Next Reviews Write a review